History of the Civil War Readers Guide – They Lit the Fuse

Secession came in 1860, but it was debated for generations, especially in the South after the Compromise of 1850. Proponents of secession voiced their beliefs in newspapers, journals, political campaigns and in legislatures. But, when secession and war finally came, the leading voices that had roused to South to disunion were largely pushed aside as the new Confederacy sought more moderate men to become the South’s public face. And they were overshadowed by the Confederacy’s military leaders who prosecuted the war.

Listed below are the six men whose strong advocacy of secession, even if it brought war, were most responsible for leading the South out of the Union: 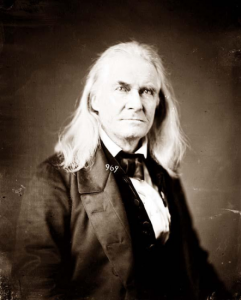 Virginia, Southern Agriculturalist
Ruffin was the most dramatic and uncompromising of all secessionist figures, arranging at age 67 to join South Carolina’s Palmetto Guards in order to be among the first to fire on Fort Sumter. As a proponent of scientific agriculture, Ruffin saw slavery as essential to the Southern economy, and viewed anti-slavery politicians in the North to be inimical to Southern survival. After John Brown’s Harper’s Ferry raid, Ruffin bought several of the pikes Brown intended for his slave rebellion and sent them to Southern governors to illustrate their peril. Three months after the war, Ruffin shot himself. 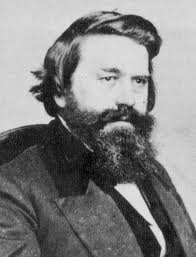 Mississippi,  Politician.
He died in 1858, before his dream of secession was attained, but in the decade of the 1850s, Quitman made a significant contribution to the movement for Southern independence. Born in New York, Quitman became a Southerner as a 23-year-old, moving to Mississippi in 1821. By 1850 he had five plantations and over 400 slaves. Twice he served as governor of Mississippi, but his second term was cut short by his involvement in a filibustering scheme to make Cuba an American slave state. Later he joined President Franklin Pierce in another plan to attack Cuba, which Quitman was to lead, but Pierce cancelled it at the last minute. At the time of his death, Quitman was serving in the U.S. Congress. 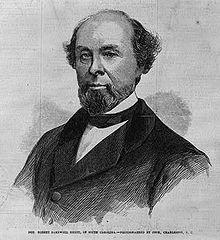 South Carolina, Politician
Rhett served many years in the U.S. Congress, but his interest in secession began as early as 1830.  By 1852, he had fully embraced the movement, resigning his Senate seat and returning to South Carolina to agitate for disunion. Assuming ownership of the Charleston Mercury newspaper in 1857, Rhett and his son repeatedly told his Southern audience that if allowed to continue Northern policy would ultimately lead to a Southern minority enslaved by an anti-slave North. For his role in promoting disunion, he came to be called the “father of secession.” 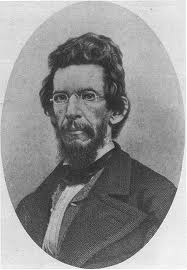 Texas, Politician
Wigfall was born in South Carolina, earned a college  degree, entered the law and politics, but hard drinking and intemperate penchant for dueling led to his relocating to Texas. From 1848 until the war, Wigfall rose in Democratic Party politics, riding his opposition to Sam Houston as a “traitor” to Southern rights, all the way to the U.S. Senate. He served only 15 months before resigning and joining the rebellion. Leaving Washington D.C. he headed for Fort Sumter, where he  dramatically undermined Gen. P.G.T. Beauregard by rowing out to the Fort to negotiate surrender with Union Major Robert Anderson. He became Gen. of a Texas brigade, but was unsuccessful as an officer and spent most of the war in the Confederate Senate.

Alabama, Politician
Yancey was born in Georgia, but settled in Alabama, where he was elected to Congress as a Democrat. He served but two years, returning to Alabama to establish a law office. As a private citizen, Yancey became a leading voice for disunion. He became known as the “Orator of Secession,” pushing for Southern independence at the 1860 Democratic National Convention and then at the Alabama’s secession convention. During the war, Yancey was sent to Europe to appeal for aid and recognition, and later served in the Confederate Congress. He died in 1863.